The famous banana bread recipe from 'Hungry for More' is here for you to make over and over again.

The world-famous banana bread recipe is originally from Cravings: Hungry for More, but there are a few ingredient substitution ideas here to mix things up! You can also try Banana Bread Pancake Bites for a fun new breakfast.

Yes. This is THE banana bread. The bread that launched a million tweets and a hundred thousand Instagram tags, and had people all along the California coast offering to trade their brownest bananas for a makeup palette, a pair of John’s used underwear (it was clean; I’m not an animal), and the chance to meet my trusty assistant/mom, @PepperThai2.

Perfecting this single recipe took me nearly a year. That’s why I needed so many damn bananas. It was a fine, yummy banana bread. But something wasn’t SPECIAL about it. I tried a million different things. Using banana pudding mix made it taste fake. Toasting the top with salty coconut made it a little too coconutty. Nuts were too controversial among my friends. Milk chocolate blended in too much. But! It turned out that putting the coconut inside left it with a subtle hint of sweet coconut goodness, vanilla pudding gave it a fluffy, moist texture I could never have imagined, and dark chocolate gave it a...I dunno, do I need to explain why putting in chocolate is a good thing? Can you toss nuts in this? Sure. Can you use a Different chocolate? Why not. But I’m telling you—I did this every way humanly possible so you wouldn’t have to. And the hundreds of banana bread pictures I’m tagged in (daily!) prove this.

In the book, this recipe is called "Twitter’s (and Uncle Mike’s) Famous Banana Bread." And who is Uncle Mike, you ask? He’s a guy who simply loves this bread. That was enough for me.

*Get six brown bananas. Not four. Not five. Six. You will think you only need five because it looks like enough, but it will not be enough. You will get five, you will mash them, you will be about half an inch short and that makes a difference and you cannot get around it. Trust me.

**I won’t tell you what brand to use, but the right brand rhymes with smello. Don’t use banana-flavored pudding mix. I tried it. It is gross. To substitute the pudding mix, you can also try equal parts powdered milk and half powdered sugar with a teaspoon of vanilla extract.

The second Cravings book, Cravings: Hungry for More, is a slightly lighter-and-brighter version of what was in the first cookbook. But there's still cheese. "I wanted to create food that wasn't just comforting, but that would bring actual joy to the dinner table," Chrissy says, "and these recipes really showcase the healing power of food.

Use these shallow bowls all day, every day. With a wide surface for main-course portions and low-sloped sides to prevent brothy noodles and loaded salads from spilling over, the shallow bowl is the plate-bowl hybrid that gives you the best of both worlds. Set Includes: Four 9.3" shallow bowls

The organic edges on these serving bowls make everything look beautiful and a little rustic, like you live in a Nancy Meyers set. In elegant, understated yellow and sage green, pair this set with your existing serveware—or the rest of the Cravings Daily Collection. Set Includes: Two 8.9" deep serving bowls 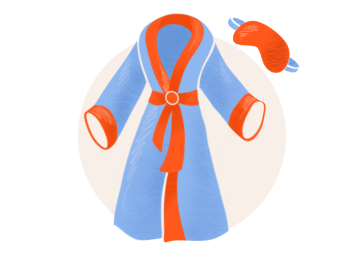