Get to know these two versatile pots and what’s best to cook in them.

The secret to fall-apart-tender meats, perfectly fluffy rice, and stews that fill you with the ultimate cozy warmth isn’t just about the ingredients used or how they are prepared, but what it’s cooked in. Many cultures have their version of a covered cooking vessel, designed to slow-cook food by retaining heat and circulating moisture.

Here at Cravings, we have two brand-new options for you to choose from for your slow-cooking, braising, and all-around comfort food needs: the Braise-the-Roof Braiser and the Donabe-Style Claypot (modeled after the classic Japanese vessel). Get to know the difference between the cookware below, plus which of our recipes you should try in it first! 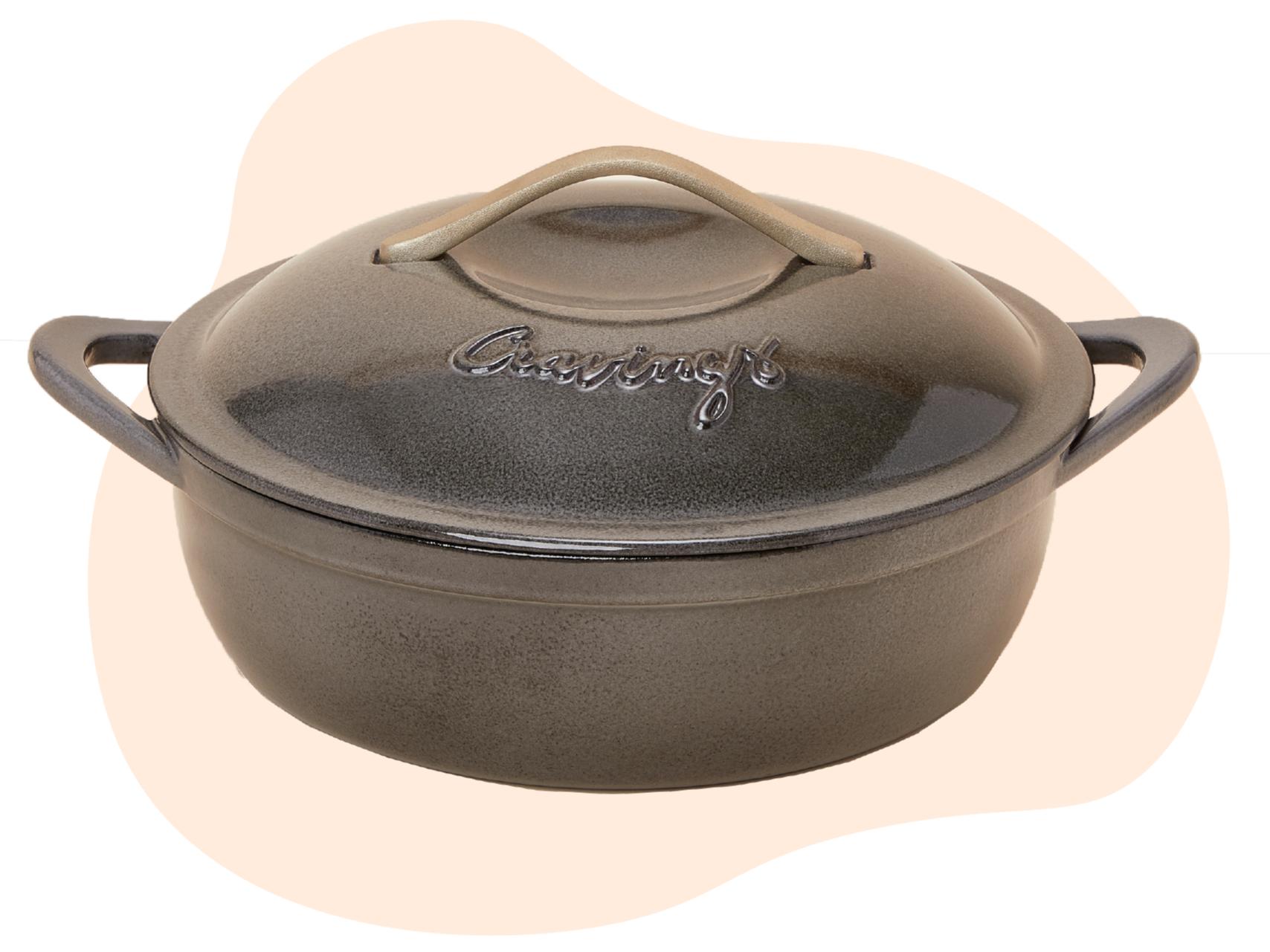 If a Dutch oven and a skillet had a baby, you’d have a braiser. Its sides are shorter and more sloped than a traditional Dutch oven, with a nice wide, flat surface for searing meat until golden brown. Our cast iron Braise-the-Roof Braiser has an easy-to-clean porcelain enamel interior so from the first time you use it, food won’t stick! Use it to transform tough cuts of meat like beef chuck roast into a spicy stew, pork shoulder into pulled pork, or short ribs into a fall-off-the-bones braise.

The textured inner lid helps redistribute moisture back into whatever you’re cooking, so it basically self-bastes as it cooks, and cast iron retains and distributes heat incredibly well. It’s big enough to fit an entire roast chicken (try it with our chicken dinner spice kit!) or a nice piece of fish. Take it from stovetop to oven (up to 500°F) to table for cooking and serving, which means less cleanup at the end. 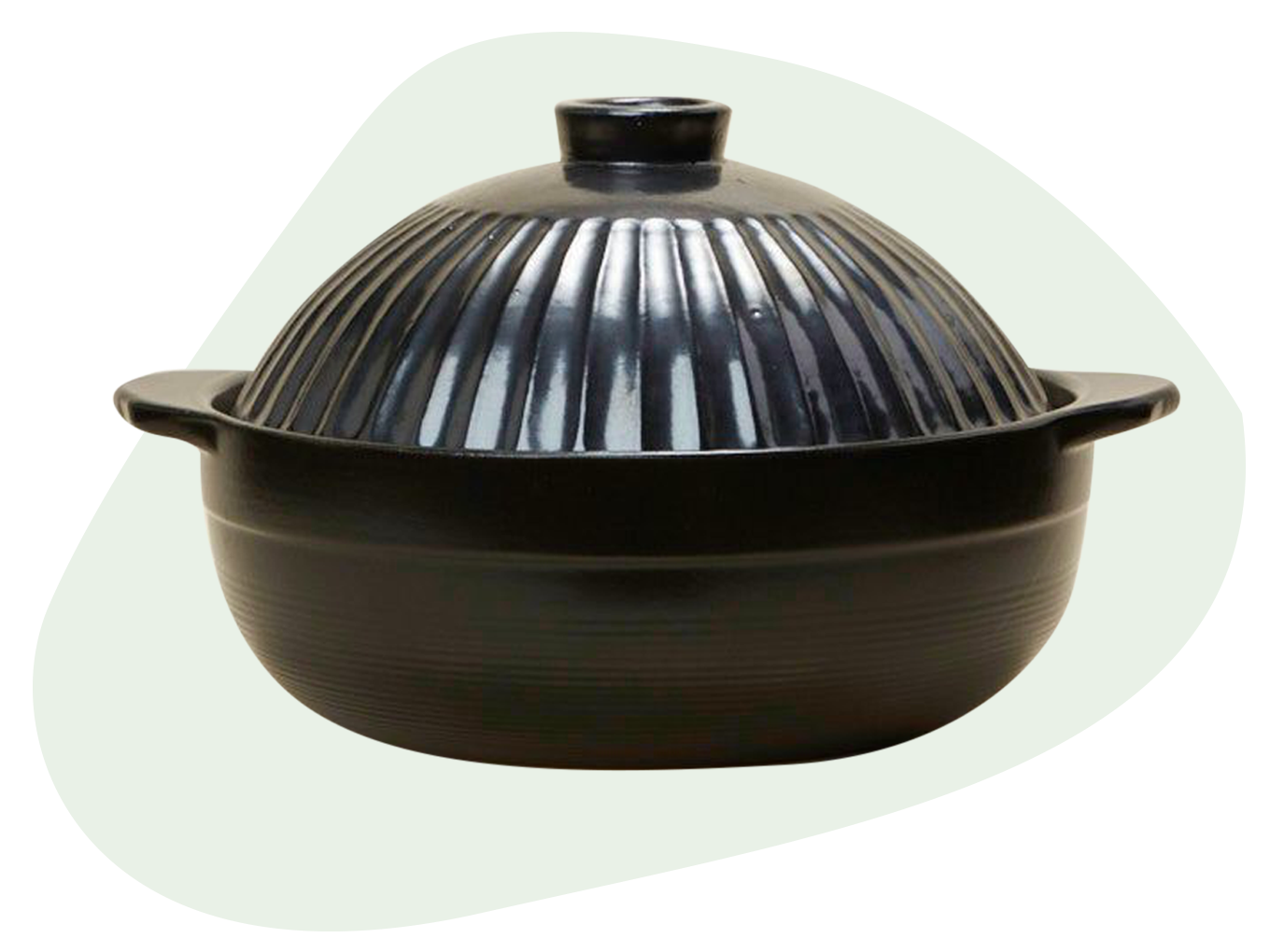 One of Japan’s oldest cooking vessels, donabes are great for all your one-pot meal needs. They are most commonly used for broth-based hot pot dishes, simmering meat, vegetables, noodles, seafood, and much more for a comforting meal. The Cravings Donabe-Style Claypot is influenced by its Japanese roots, but does not have a hole in the top for steam to escape so the heavy lid can more efficiently trap moisture and help slow-cook in the ceramic pot. When cooking with a donabe, it’s important to know that it builds heat slowly but retains it efficiently, so be patient as you wait for it to heat up—and make sure to never heat your pot when empty since it can crack without oil or food inside.

Pepper loves her donabe for making Goong Ob Woonsen, Thai glass noodles that are tender with a slightly crispy bottom from cooking in the claypot, mixed with plump shrimp. But you can use it for so many types of dishes, from the fluffiest pot of rice to veggie chili to tender butter chicken to spicy miso pasta! It’s incredibly versatile whether you’re making a quick steamed fish, slow-simmering stew, or a small braise. And it’s not just about what’s inside—it’s beautiful on the outside, too, so you can take it from open flame (up to 450°F) directly to the table for a stunning serving vessel. Guess that’s one of the many things the donabe and braiser have in common, the most important being they’ll make delicious food and look great sitting on your stovetop or table.