Cravings
FREE SHIPPING OVER $100 | BUY NOW, PAY LATER WHEN YOU CHECKOUT WITH PAYPAL PAY IN 4
How to Make the Crispiest, Most Flavorful Fries at Home

Get over your fear of frying.

John and I are big believers in having Treat Yo Self Fridays, but now we are making them Treat Yo Self Fry_days: piles of French fries with looots of toppings and sauces. Potatoes are one of my favorite foods of all time, but thick-cut, Belgian-style fries were always something I associated with buying rather than making. Well, that _was what I thought until I met Sam Augé, the chef-owner of one of my go-to Los Angeles food trucks, Superfrites, and got his easy tips and recipe for making fries at home.

This tutorial is all about fries that aren’t intimidating, with tricks for making them incredibly crispy and super flavorful every time. Plus, Sam told me how to build the truck’s ultimate loaded "Especial Fries" that I ate an entire cone of poolside recently (okay, fine I had two). So now you can make a fully-loaded fry bar at home, too.

Russet potatoes are inexpensive and can stand up to the double fry these potatoes will go through. One potato per person should do the trick if you’re in the mood for a satisfying serving. If you want it as more of a side, you could do one potato for two people…but everyone loves fries (especially my Toons), so might as well make more. 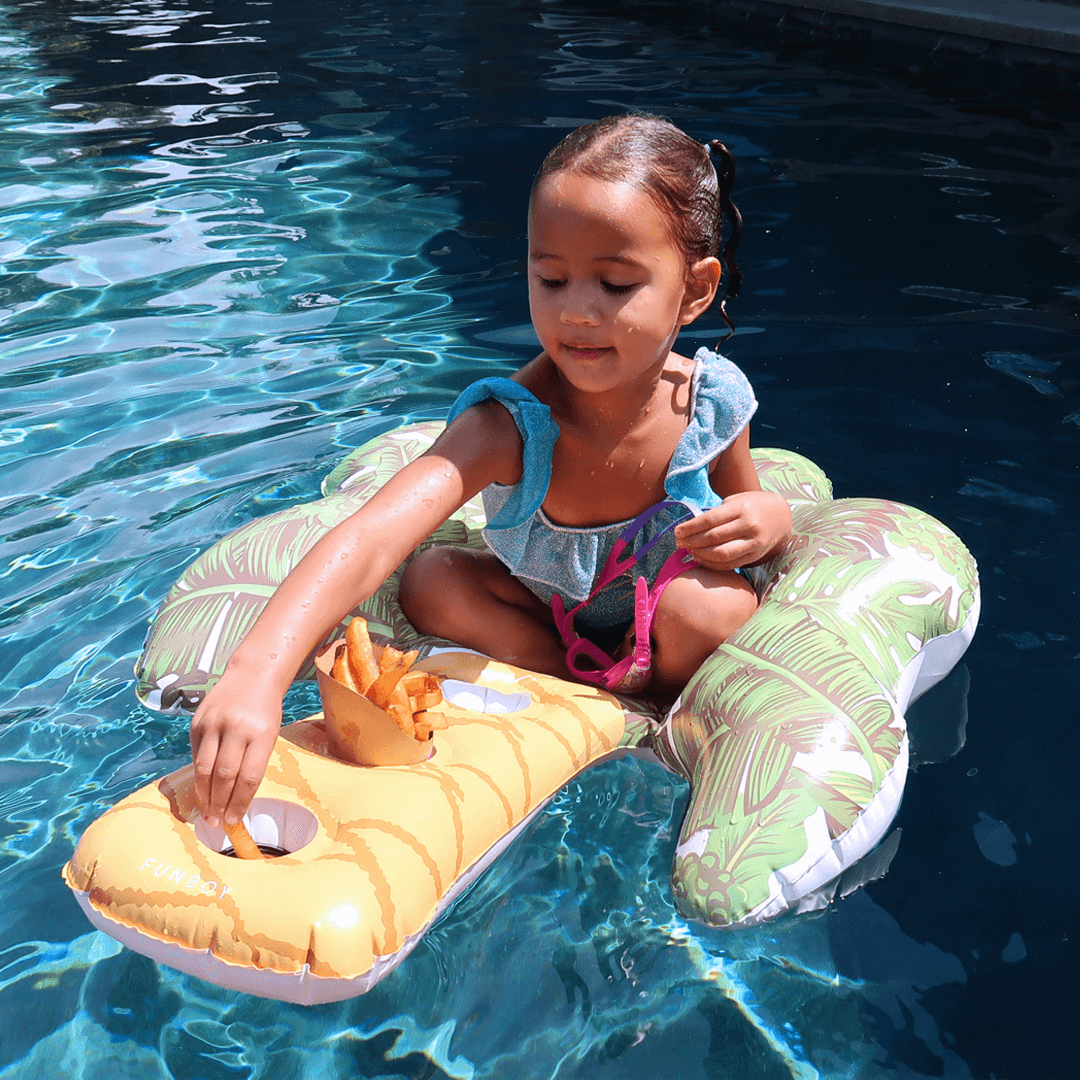 One of the best knife skills you can learn is cutting French fries. You want them to be uniform in size so they cook evenly. First, peel the potatoes, cut into ½”-thick slabs, and then cut those slabs into ½”-wide pieces. As you cut, put your potatoes in a bowl of cold water so they don’t brown!

3. Salt During Cooking, Not After

I love the salty outside of a fast food French fry, but the grease and salt get all over your fingers. Sam’s method infuses salt inside the potatoes while cooking, and it’s actually pretty easy: Combine 3 quarts of cold water, ¼ cup of Himalayan pink salt (for more pure salt flavor) or Kosher salt, and ⅓ cup white vinegar into a large pot for a brine. The vinegar helps add a bit of acidity to balance the salt and fat of the fries from the inside—think of it like putting malt vinegar on your fries like the English, but infusing that acidity inside rather than making them soggy on top.

4. Boil, Then Fry for Faster Cooking

Put your cut fries in that pot of brine and bring them to a boil over high heat. It should take about 7–10 minutes for them to cook until just tender enough to break in half but not be mushy. Taste starting at 7 minutes to see if they’re done enough, then immediately drain carefully in a colander and then pat dry with paper towels. Let them cool off on a sheet tray so they aren’t steamy when they go into the hot oil—water and oil are a dangerous combination. 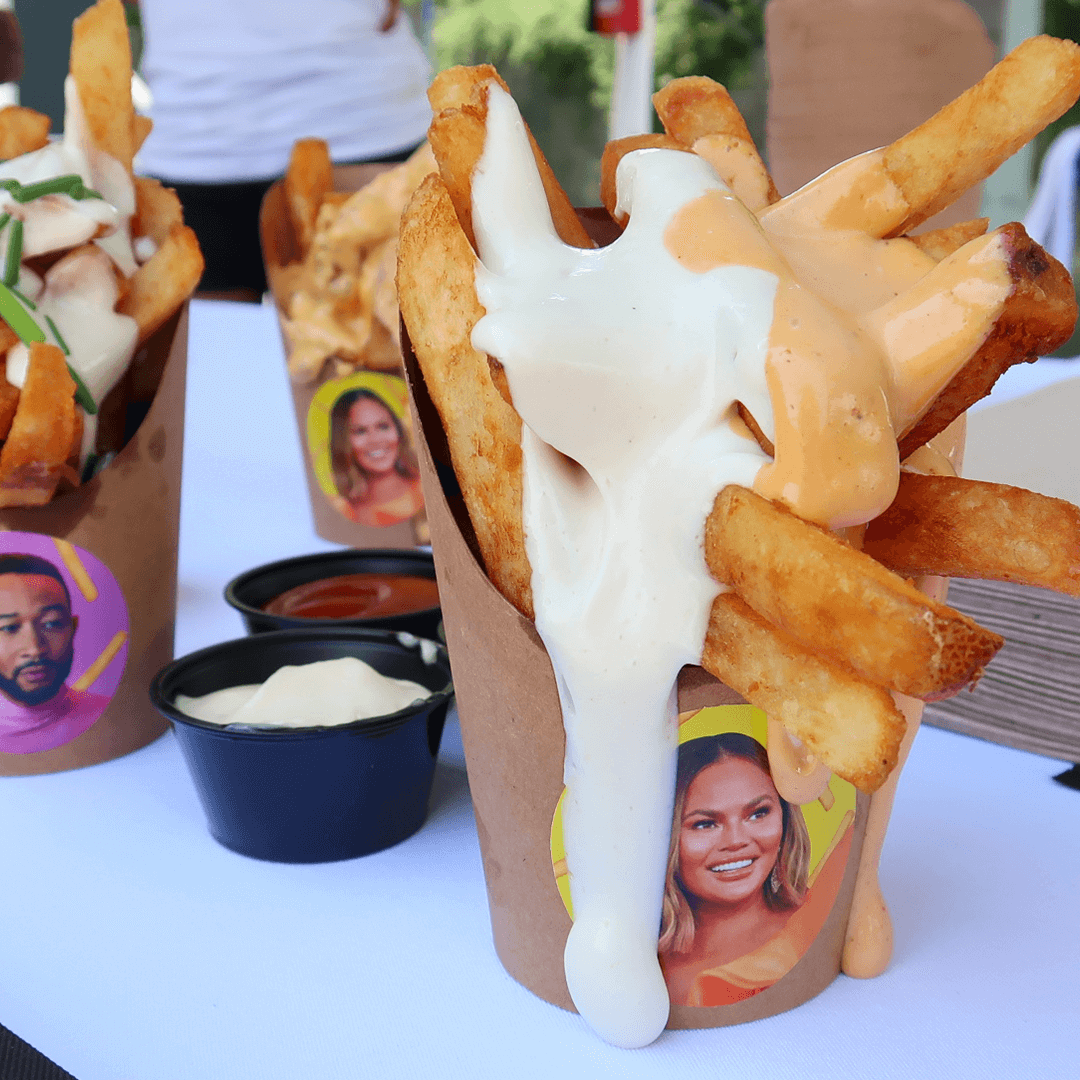 Heat a neutral oil (such as canola) to 350°F using a deep-fry or candy thermometer. Olive oil has too much flavor and has a lower smoking point, so go with a high-heat, neutral-flavored oil. The first fry is at this lower heat for only 2 minutes! This gives the fry a thin crust on the outside but no color. From here, you can drain them on paper towels and set them aside to fry later for dinner, or cool and freeze so you can have homemade frozen fries anytime.

If you’re going to fry right away, let them cool down enough so they aren’t steaming, heat the oil to 375°F, and fry in small batches (don’t crowd the pan!) for approximately 3–5 minutes. But here, you don’t necessarily go by time but more by color. You want them to be deep golden brown. Go darker than you think you need so they are ultra crispy. Drain them and eat right away. Since you used salt in the brine, no need to add additional salt.

6. Go Wild with Sauces and Toppings

Superfrites has so many amazing sauces. One of the simplest is mixing 4:1 mayonnaise to malt vinegar for a malt mayo that gives creaminess, richness, and acidity. Another is a chipotle mayo and they also make a Million Island dressing that is like a suped-up, extra-flavorful Thousand Island. Whether you use store-bought sauces and condiments or make it yourself, set out a bunch, and do a toppings bar with a mix of things that are creamy, crunchy (bacon!), fresh (like scallions or cilantro), and cheesy. One of my favorites is the Especial, which has a layer of fries, a Mexican cheese blend, chipotle mayonnaise, Cotija cheese, pickled red onion, and a ton of cilantro. Now I want a big cone of fries right now...guess it’s Fryday every day for me. 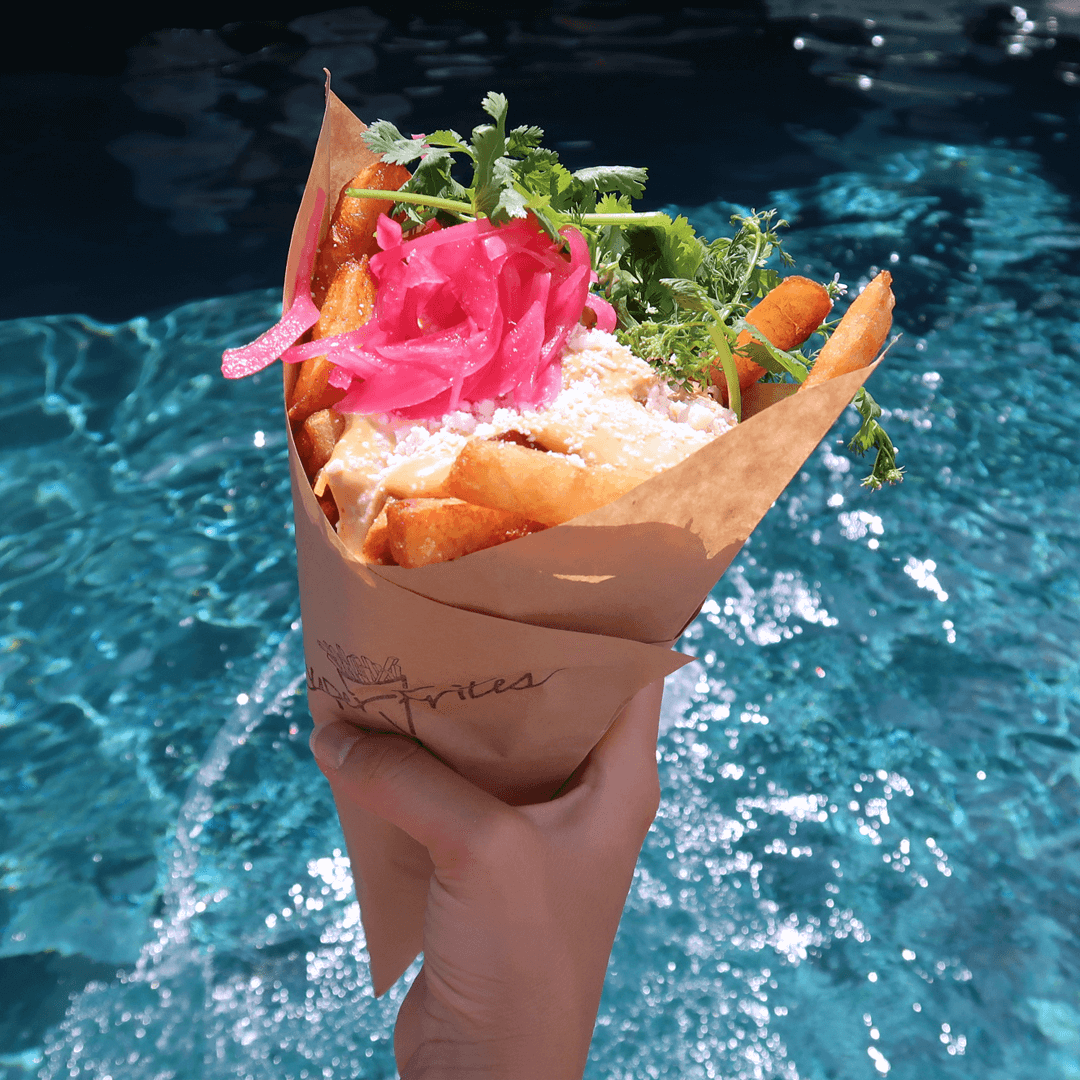